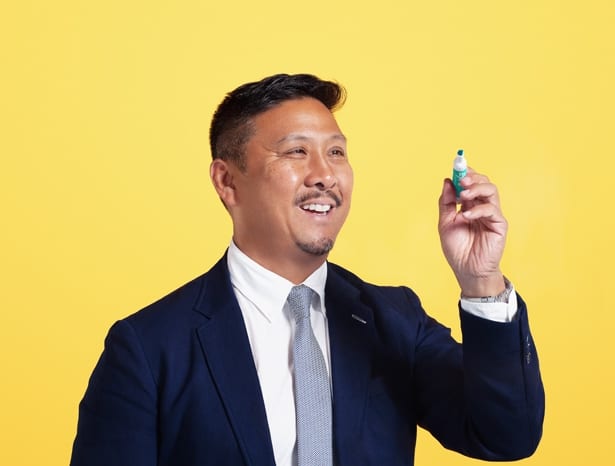 I never thought I’d be able to shoehorn both Drake and the Burning Man festival into OnOffice but by jiminy I’ve managed it for this, our August issue. Primo Orpilla, this month’s cover star cited a vehicle customised for the annual art and community gathering in the desert as one of the inspirations for the ThinkTank Mobile, a camper van of creativity that feature a special writable surface material. Orpilla is a charismatic torchbearer of tech workplaces and, even fresh off a flight from the other side of the Atlantic, was able to elucidate how generating ideas at work means living and writing in the moment. As for Drake, well these days it would be remiss not to mention the chart-topping rapper in any feature about Toronto. This easygoing Canadian city has a new bureau there for media company Vice (pictured above), and it looks like a lesson in louche office living – though we’re sure the techies hunched over their laptops are no slackers in the world of rolling news coverage we live in these days. Elsewhere in our OnSite section, Katherine Price contributes her first feature for us, on tech firm Mendeley’s offices near Liverpool Street in London.

Our brand new deputy editor Charlotte Taylor has well and truly hit the ground running by writing about Rubik Financial’s headquarters in Sydney and De Matos Ryan’s sensitive reworking of York’s historic Theatre Royal (pictured below), as well as exploring all the small things that keep offices ticking over in our OnDetail feature and also discovering how office life and gym going needn’t be mutually exclusive. OnOffice regular contributor Caroline Ednie gave us the heads-up on the latest scheme by architect Page\Park, a “planned and thoughtful” scheme at the Dollar Academy in Clackmannanshire, while in his regular product review column Grant Gibson this month tackles the Pero desk by Matthew Hilton, which is set to be the envy of home office workers up and down the land. Meanwhile, Orms’ John McRae vents about the closure of live music venues, the British Council for Offices guide and the term “affordable housing” in this month’s Shredder. Finally, OnOffice visited the NeoCon office furniture show in Chicago for the first time in several years. There, all the big hitters from North America were in attendance, showing us what to expect in offices in the near future – even if a fair few of the launches that most excited us were collaborations from European designers (maybe we’re biased).